Hanging Out with Haring 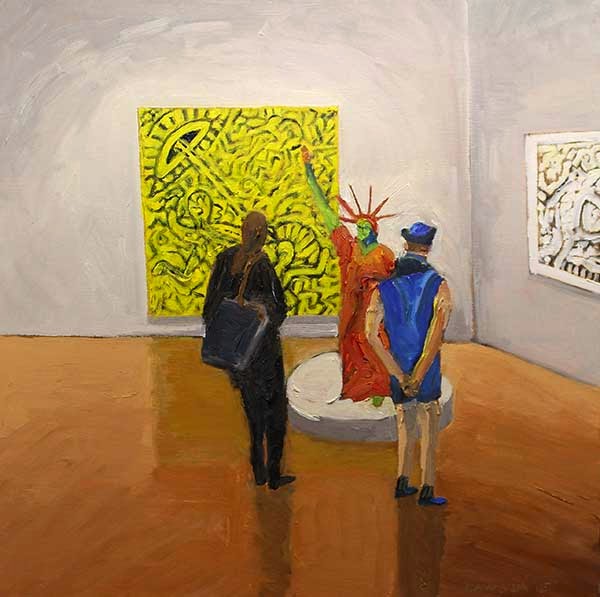 Hanging Out with Haring
Oil on Wood
12"X12"
I hadn't planned to see the Keith Haring, The Political Line exhibit currently at the de Young Museum, but when my friend called last week and suggested it, I jumped at the opportunity to see her, and to soak in some inspiration that can always be found in that beautiful place. What a surprise. First the exuberance of color and quantity and fun that fills the rooms. And then the nice man who showed up in his shimmery blue shorts suit, on the front of which he had stitched the letters,
"O B A M A" in sequins, the "O" circling his neck, in honor of the president's State of the Union Address. It was WOW and sweet and personal and political mirroring exactly Haring's life's work for which I have a new admiration.
(Don't miss the video featuring interviews with Haring in the Media Room.)
Imagine how many things I have missed by failing to recognize that, as a friend of mine said last night, "every life is interesting when you take the time to delve into it." 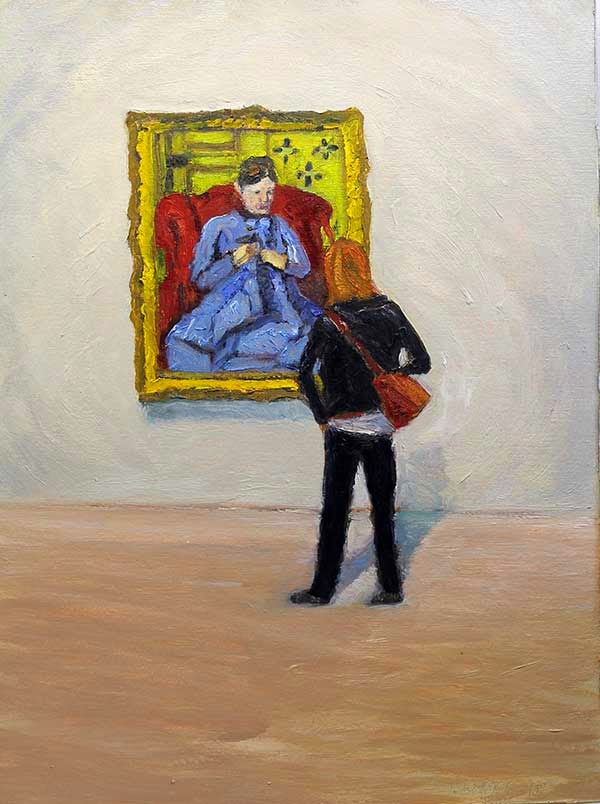 Redhead Meets Madame Cezanne at the Met
Oil on Wood
9"X12"
More of Madame Cezanne in her wonderful red chair. And in real life, a redhead wears a red purse slung across her back. Art. Life. Art. It's all about seeing the light.
No comments: 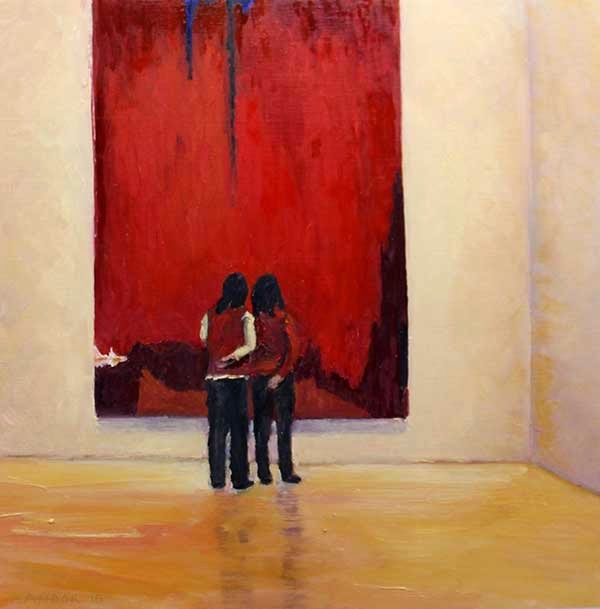 And dressed for the occasion.
No comments:

Madame Cezanne's Moment at the Met 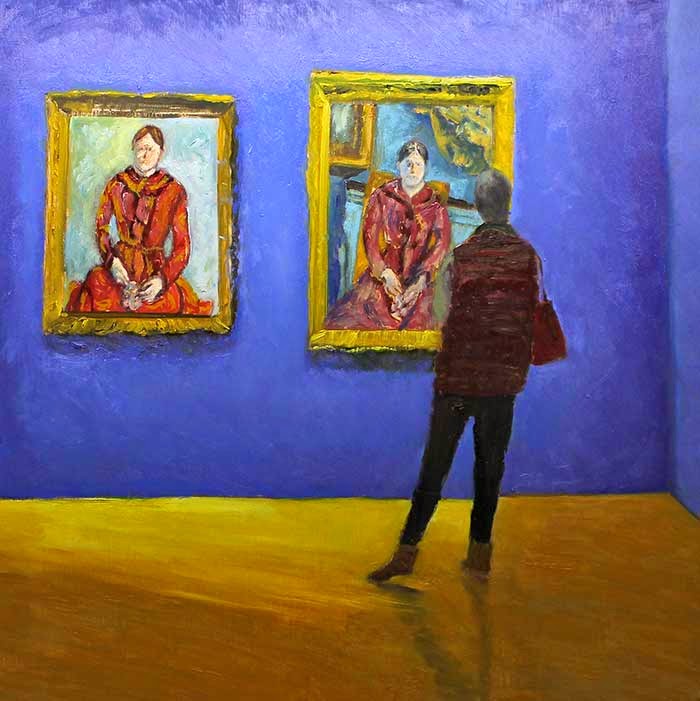 Madame Cezanne's Moment at the Met
Oil on Wood
12"X12"
A whole room devoted to Madame Cezanne in her wonderful red dress at the Met. It's worth a trip to New York just to bask in the soft glow.
No comments:

I paint to celebrate daily life, to illuminate the ordinary, to shape the day.

I have been posting daily paintings here since 2007.

A selection of paintings are available for Sale on my website.

A selection of paintings are also available for sale online at Serena and Lily.com